Presents are not over in Spain after Christmas. Actually, the most important festivity for many Spanish families is just around the corner. The Three Wise Men visit every town in the country the 5th of January bringing gifts and sweets to all the kids during the traditional parades.

The tradition of the Three Wise Men (also known as the Three Kings or Reyes Magos in Spanish) has Christian roots. In the Bible there is a story about them receiving the news that the Messiah, Jesus, was coming to this world. Then they went in search of the newborn with three presents for him: gold, frankincense and myrrh.

The Three Kings are Melchior, Caspar and Balthazar and thus they are the stars of the traditional parades all over Spain. The parades are the main event with music, performances and colorful floats. Every year, the streets get crowded with people willing to see a great show. That’s why many city halls spend lots of money for the celebration. According to data gathered by Newtral, only in Madrid the amount spent for 2022 is around 1,5 million euros. 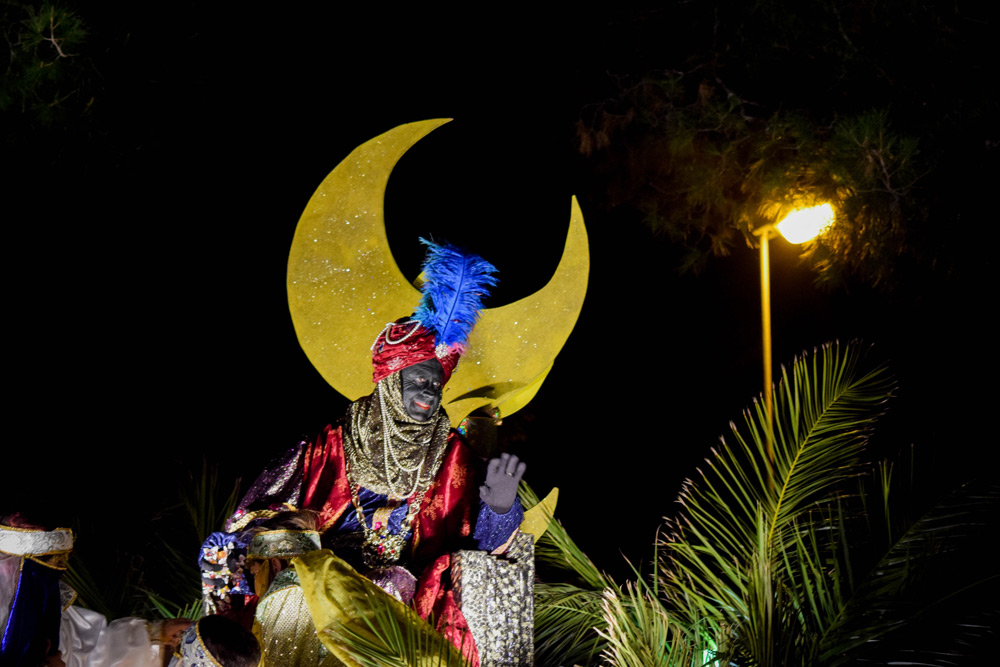 Parade of the Three Kings in s’Arenal, in the municipality of Llucmajor (Mallorca). Photo: Pablo Morilla.

About the Three Wise Men, the character of Balthazar is usually the most controversial. He is the only black king, but in many towns, instead of choosing a black person, a white man with the face painted is selected for the performance.

According to the tradition, the Three Wise Men went to bring presents to Jesus by camel. However, in Spain there are no camels, or at least not everywhere, so they have to look for other ways to travel. In maritime towns, it’s not strange to see them coming by boat. But what about inland cities? They are told to be coming flying, but they also use horses, cars or just floats.

A magic evening for children

For the children, the 5th of January it’s an evening full of wishes and magic. They all want to see the Three Wise Men and of course the presents, but there is one more thing attracting them to the parades. The kings and their helpers are also throwing candies. 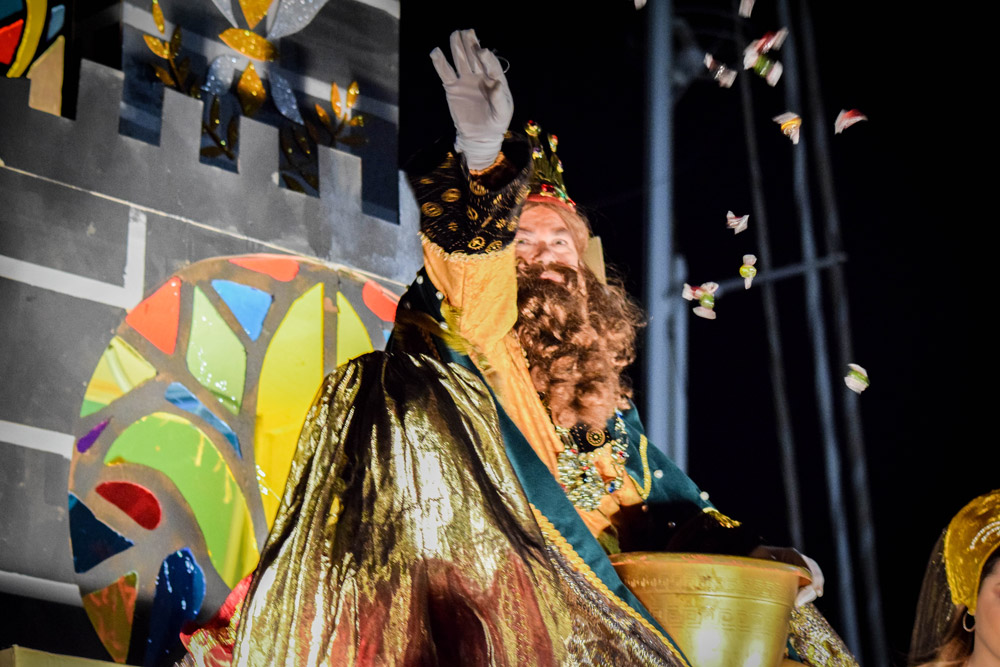 Parade of the Three Kings in s’Arenal, in the municipality of Llucmajor (Mallorca). Photo: Pablo Morilla.

The amount of sweets they need so that every child gets some is massive. The parades in bigger cities can be of several kilometres. As an example, the main parade of Barcelona in 2020 was five kilometres long and they required more than five tons of candies, according to the city council.

After the parade, it’s the moment to share the gifts. In smaller towns, it’s usual to see the Three Kings stopping at the church, offering gold, frankincense and myrrh to Jesus and giving presents to the kids.

In bigger parades, instead of it, they go house by house secretly by night to bring the remaining presents. Afterwards, the Three Wise Men travel back to the Orient and the countdown for the following year starts again.