Family gatherings at Christmas are limited to a maximum of 10 people, unless they live under the same roof
Covid measures extended in Finland, despite PM's upbeat assessment
Catalonia to lift overnight coronavirus curfew starting on Friday
Israeli study: Effectiveness of fourth jab is low versus Omicron
PM Sánchez: the Spanish Covid-19 vaccine will be ready before July
The Nomad Today
December 24, 2021 at 8:44 AM
The Nomad Today
December 24, 2021 at 8:44 AM

Catalonia's highest court (TSJC) has approved tough restrictions on public life, as ordered by the regional government, given the steep rise in the number of cases of Covid-19, especially of the Omicron variant.

A curfew is to enter force on Friday, preventing people from leaving their homes between the hours of 1 am and 6 am in cities with more than 10,000 inhabitants where the seven-day incidence rate, of cases per 100,000, is higher than 250.

Almost all cities meet this criteria, so the measures will apply to 6.3 million people, or 82 per cent of the north-eastern region.

The new regulation, confirmed by the court on Thursday, is to initially apply for two weeks.

Only 10 people may attend public or private gatherings, family gatherings at Christmas are limited to a maximum of 10 people, unless they live under the same roof.

Catalonia is the only Spanish region to introduce such tough measures, as other autonomous communities have not yet called for similar restrictions. 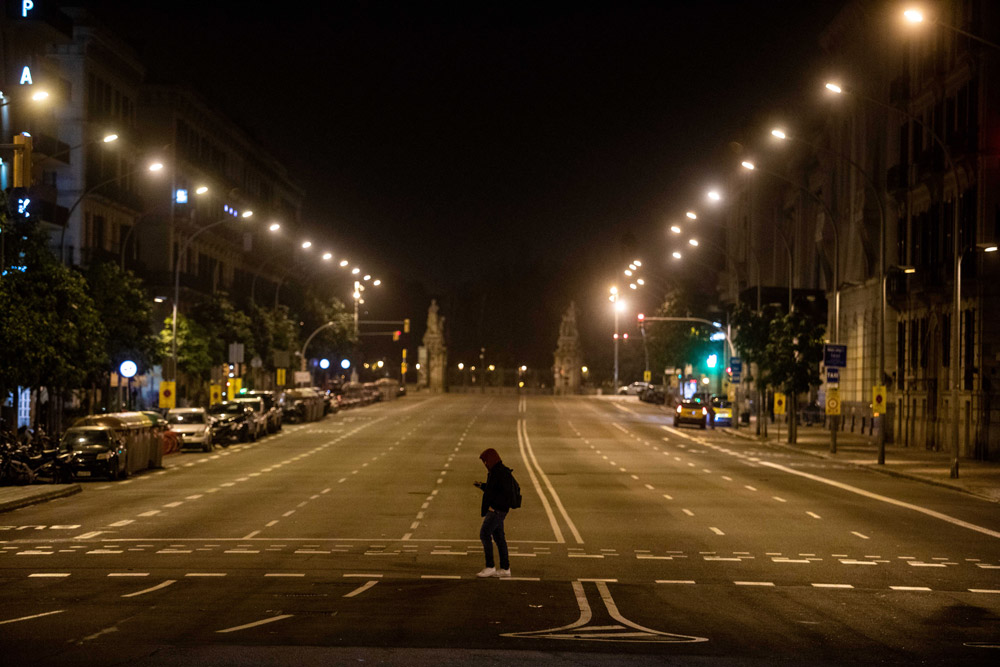 A person walks in the empty Barcelona during curfew time. Photo: Kike Rincón/dpa.

Prime Minister Pedro Sanchez only ordered that people must wear masks again outdoors, in a statement on Thursday, even though most people wear masks outside voluntarily.

Otherwise, only those who are vaccinated, recovered or tested may enter restaurants and other leisure facilities in many parts of the country.

The number of cases in Spain has recently surged despite a high vaccination rate among the public, with 80 per cent of people inoculated.

Spain recently recorded a seven-day incidence rate of 486. However, most of those infected are either asymptomatic or have few symptoms of the disease. The country's hospitals are not under pressure.