Kim expressed appreciation for the achievements so far in developing hypersonic weapons, according to the report.

Some observers have said the most recent test underscores the country's intention to modernise its weapons systems.

The launch marked the third time since September that North Korea has carried out tests of what it says are hypersonic missiles.

Hypersonic weapons are particularly difficult to intercept because they can travel at more than five times the speed of sound and are manoeuvrable.

Hypersonic gliders can be launched from ballistic missiles. 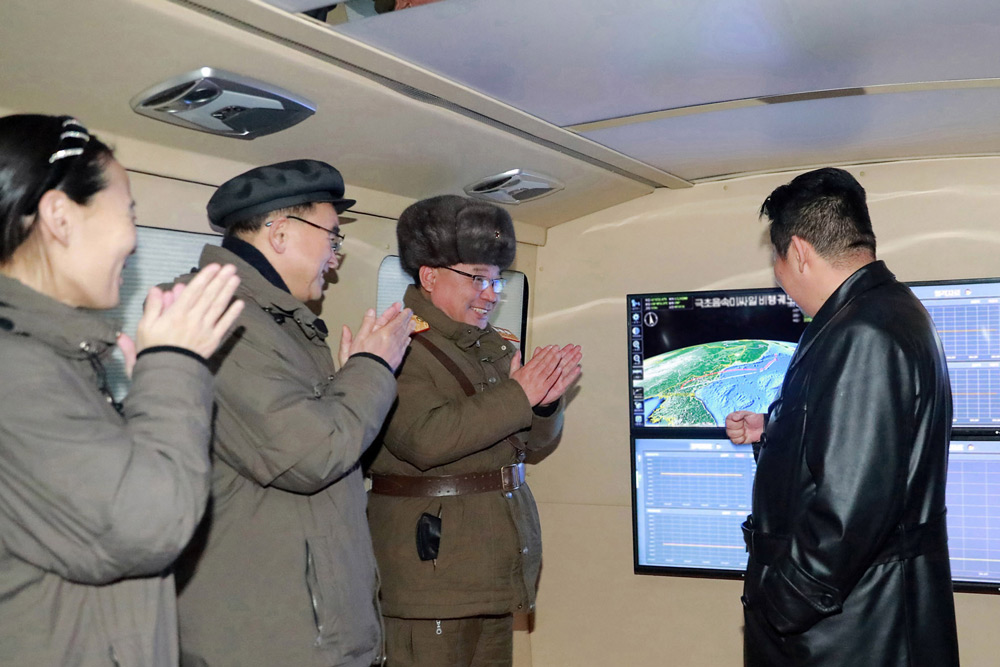 The development of hypersonic weapons is one of the "five core tasks" of the five-year plan set out last year to improve North Korea's defence capabilities, the report said.

North Korea is subject to tough international sanctions because it has continued for years to develop missiles, primarily those which can be fitted with nuclear warheads.