The 12-pointed star made of steel and glass weighs 5.5 tons and measures 7.5 metres from point to point

A giant illuminated star has been inaugurated on the second highest tower of the landmark Sagrada Familia church in Barcelona.

In front of thousands of people in the streets around the church, the Cardinal and Archbishop of Barcelona, Joan Josep Omella, blessed the "Star of Bethlehem" on Wednesday evening after Mass was said.

Afterwards, the bright light inside the 12-pointed star made of steel and glass, which weighs 5.5 tons and measures 7.5 metres from point to point, was lit shortly before 8 pm (local time) at a height of 138 metres.

The Catalan architect, who was run over by a tram in 1926, had designed the Roman Catholic basilica. However, the building, which was begun in 1882, has still not been completed.

According to the latest estimates, the basilica will be ready by 2030 at the earliest.

The star on the tower, which cost about 1.5 million euros (1.7 million dollars) and is dedicated to the Virgin Mary, will catch and reflect the sunlight during the day. 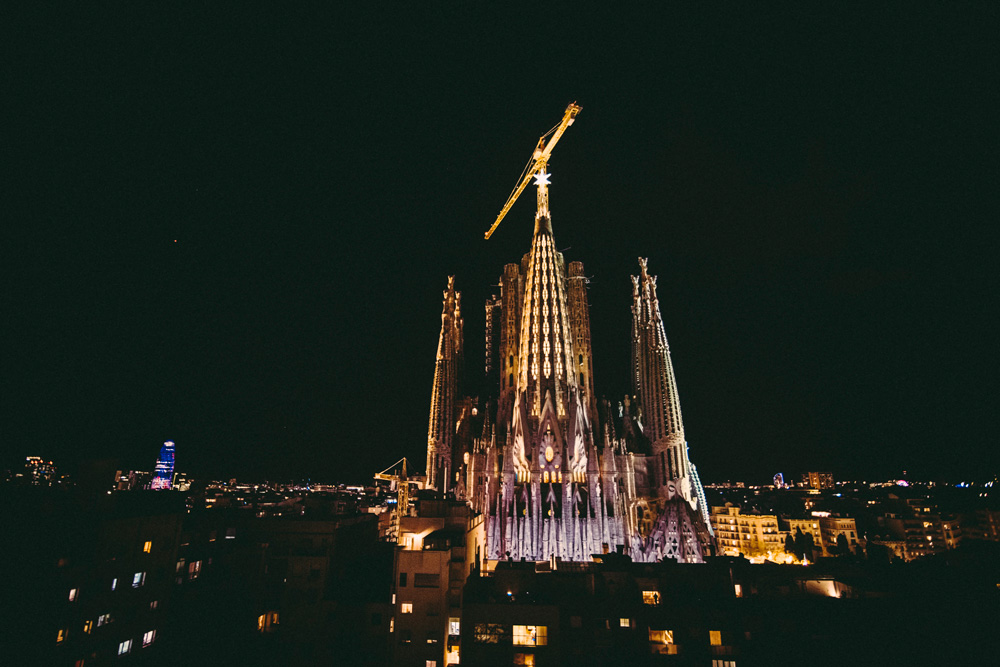 A view of the Sagrada Familia church with the giant illuminated star. Photo: Matthias Oesterle/dpa.

In the evening, spotlights will illuminate the steel and glass colossus from within - changing the Barcelona skyline "forever and ever" and helping to end "the great darkness of the pandemic," Omella explained.

Located north of the Spanish metropolis' old town, the church, consecrated as a basilica by Pope Benedict XVI in 2010, is a Barcelona landmark and, along with the Alhambra in Granada, the most visited sight in Spain. Before the outbreak of the pandemic, more than 4.5 million visitors were counted annually. 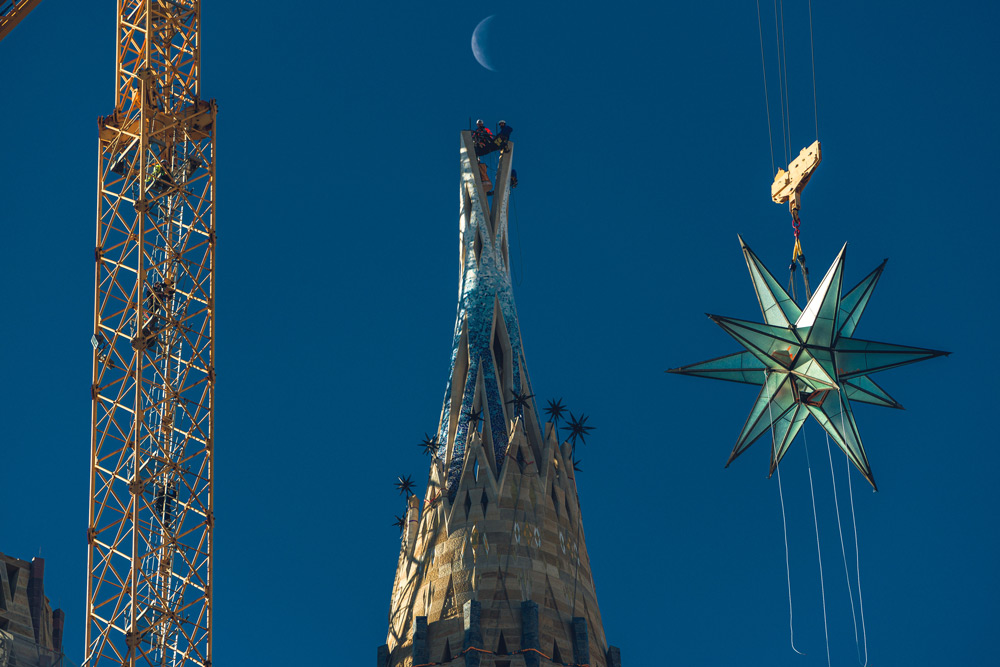 A giant crystal star hangs on a crane making its way up to be installed on top of the Basilica. Photo: Matthias Oesterle/dpa.

The sacred building combines neo-Gothic and modern styles. The highest of the 18 towers, the Jesus Tower, is to reach a height of 172.5 metres. This will make the Sagrada Familia the tallest church in the world.

During construction, Gaudi's wish was taken into account that it should never be higher than Barcelona's local mountain Montjuic, which is 180 metres.