Italy's world-record 37-game unbeaten run came to an end on Wednesday as Spain booked their place in the 2021 Nations League final with a 2-1 win at San Siro.

Roberto Mancini's side overcame Spain in the last four of Euro 2020 in July, but they were blown away by La Roja side who will play the winners of Thursday's other semi-final between France and Belgium in the decider on Sunday.

Ferran Torres was their star man, the Manchester City forward delivering two superb finishes either side of Leonardo Bonucci's dismissal for the Azzurri before half-time.

Lorenzo Pellegrini set up a dramatic finale with a breakaway goal in the 83rd minute, yet Luis Enrique's side held firm in the closing stages to progress to the final.

Spain started brightly and went ahead after 17 minutes when Torres steered a 10-yard volley past Gianluigi Donnarumma after being picked out by Mikel Oyarzabal's sumptuous cross.

Donnarumma almost gifted Spain a second less than a minute later as he fumbled Marcos Alonso's strike onto the post, while Federico Bernardeschi and Lorenzo Insigne went close to restoring parity at the other end. 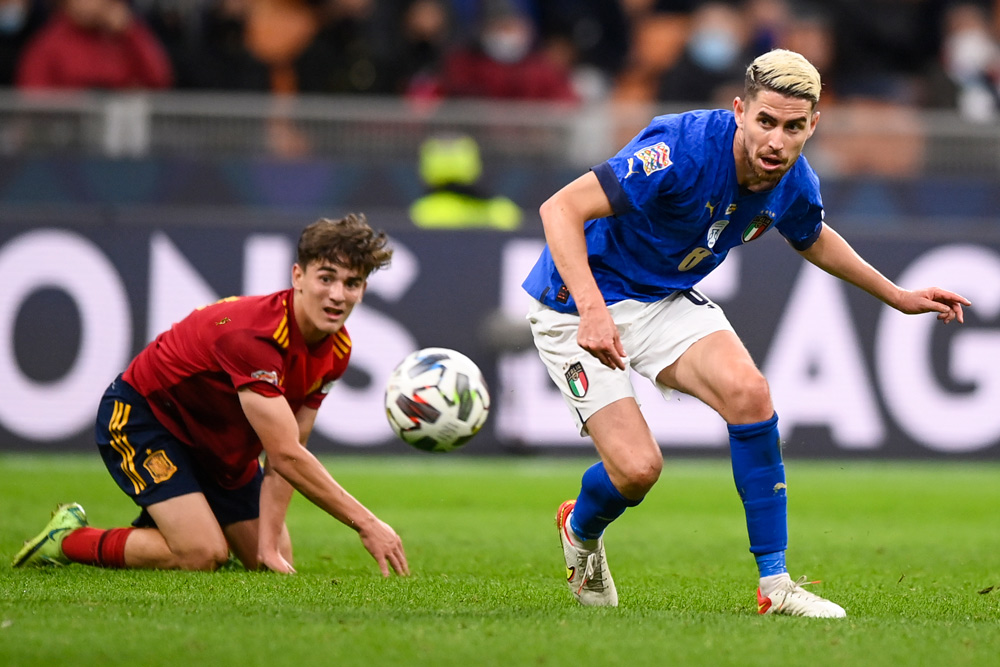 Italy's hopes were dealt a blow three minutes before the interval when Bonucci received a second yellow card for catching Sergio Busquets with an elbow in an aerial challenge.

Spain capitalised on their numerical advantage in first-half stoppage time, Torres again getting on the end of an Oyarzabal cross to head into Donnarumma's far corner.

Oyarzabal should have made it three shortly after the hour mark, but his header from Yeremy's cross flew agonisingly wide of Donnarumma's right-hand post. 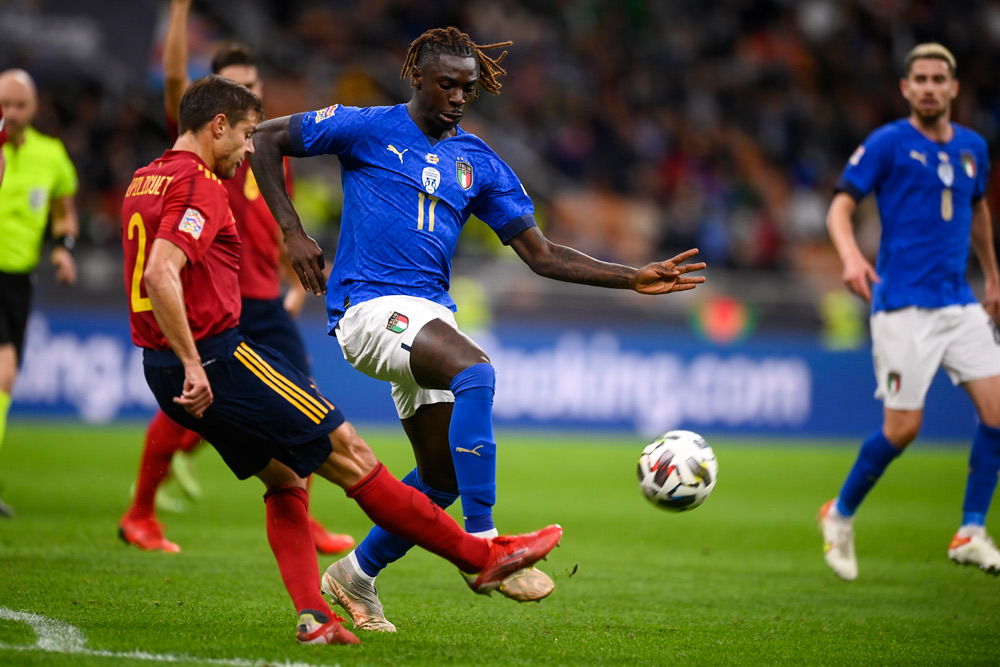 The excellent Federico Chiesa teed Pellegrini up for a tap-in after a lightning quick break in the final 10 minutes, but Italy were unable to find the leveller that would have preserved their remarkable undefeated streak at least into extra time.