The 23-year-old big-hitting Spaniard belied her inexperience by finishing strongly against the former world number one, prevailing 7-6 (7-5) 2-6 7-6 (7-2) in a high-quality match lasting just over three hours.

Former world number one Azarenka, who was aiming for a third Indian Wells title, rolled back the years at times and served for the match only to falter at the crucial time and her young opponent seized her opportunity.

The 32-year-old Belarusian, who landed in hard quarantine at the start of the year in Melbourne and spent the next eight months trying to find her way back, displayed all her fighting qualities to stay in an absorbing contest.

Azarenka never quite had the complete measure of her opponent in their first-ever meeting.

The little-known Spaniard gained straight-sets wins over Grand Slam champions Barbora Krejcikova and Angelique Kerber on her way to the final and was never going to be over-awed by the occasion.

Both players had to work hard early on to hold their serve, saving eight break points between them in the first four games.

Calling on her vast experience, Azarenka twice came back from a break down and clawed her back from 0-4 down in the tie-break but Badosa converted on her first set point in a 28-shot rally, one of the longest of the match, eventually taking the set 7-5 after an hour and 20 minutes. 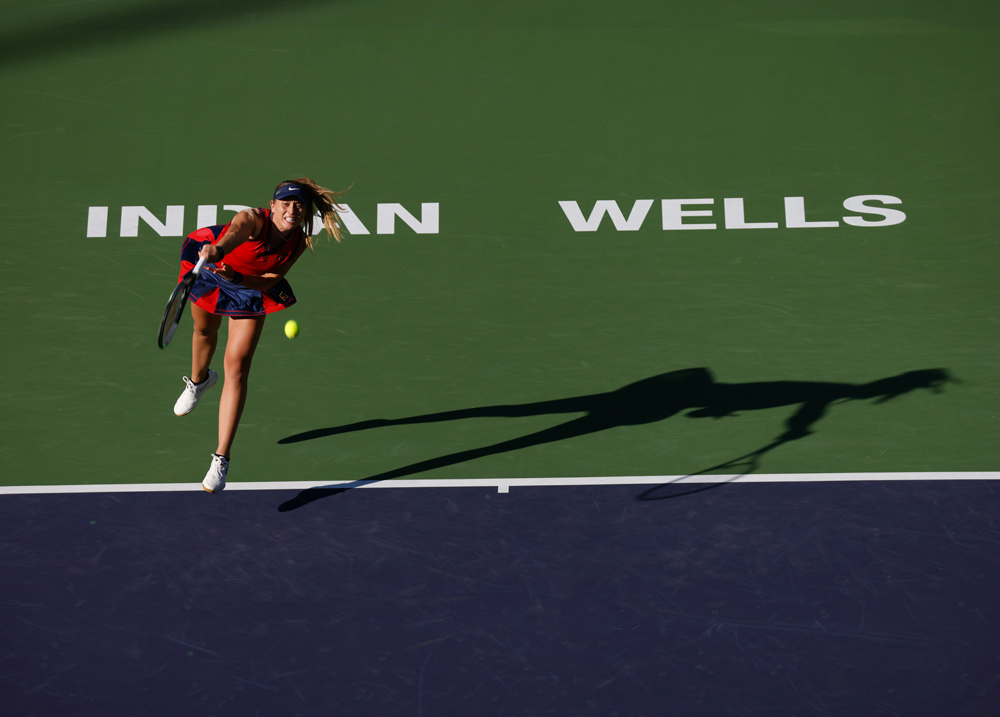 Stung by the loss, Azarenka broke the Spaniard in the opening game of the second set and, after holding, broke for a second time, this time to love. Badosa briefly rallied but the Belarusian served out the second set 6-2 to level the match.

There was little to choose between the hard-hitting baseliners in the third set either with Azarenka's resolute defence keeping her in the lengthy rallies.

Badosa achieved an early break but could never break the spirit of her opponent and Azarenka's magnificent defence paid rich dividends in an attritional ninth game as she came up with what looked to be the all-important break.

Serving for the match, however, Azarenka surprisingly dropped her serve after being 30-0 up and two points from the title on the back of four unforced errors.

When it went to another tie-break, Badosa once more stayed resolute and, after taking an early grip, went on to win it 7-2 and wrap up the match.