Koeman was watching from the stands as he served the second of a two-game touchline ban and saw his side fall behind to a well-worked Atleti goal with 23 minutes played
Madrid start title defence in Almeria, Barcelona face Rayo Vallecano
Madrid launches bold quest to bring Formula One to Spanish capital
Vinicius: 'I will continue with the biggest team in the world'
The Nomad Today/dpa
October 3, 2021 at 9:45 AM
The Nomad Today/dpa
October 3, 2021 at 9:45 AM

Luis Suarez scored one and assisted another to earn Atletico Madrid a 2-0 win over Barcelona that heaps even more pressure on Blaugrana boss Ronald Koeman.

The Dutchman's job has been repeatedly called into question following a poor run of form, with the result at Wanda Metropolitano making it one win in Barca's last six games.

Barca could have lifted some of the weight off Koeman's shoulders on Saturday, but Suarez set up Thomas Lemar for the opener and then fired in a second to put Atleti in control at half-time.

That is how the scoreline stayed as Diego Simeone's men inflicted a first league defeat of the season on their opponents to move level on points with Real Madrid at the summit.

Koeman was watching from the stands as he served the second of a two-game touchline ban and saw his side fall behind to a well-worked Atleti goal with 23 minutes played.

Suarez was picked out by Joao Felix and then played a first-time pass into the path of Lemar for the France international to thump past Marc-Andre ter Stegen.

Former Barca man Suarez curled wide with only Ter Stegen to beat soon after, but he made amends by picking his spot when played in by Lemar at the end of a swift counter one minute before the break. 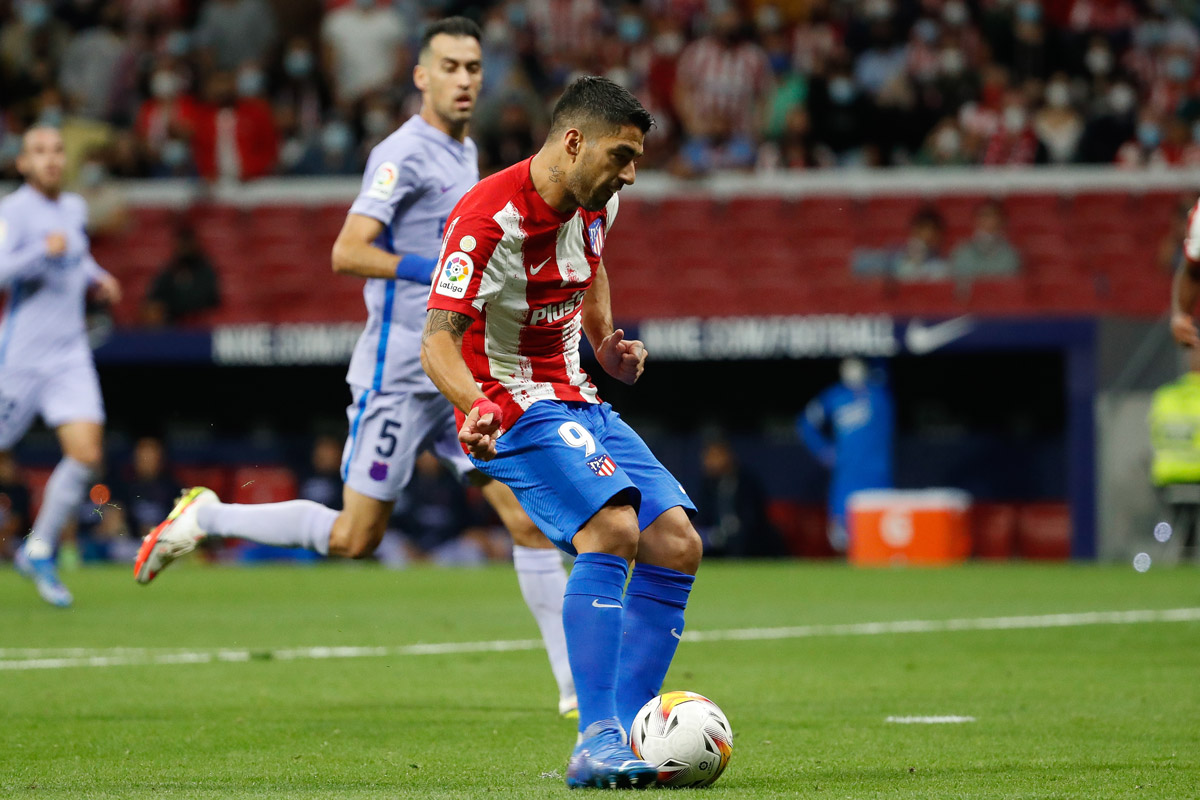 Philippe Coutinho, having earlier volleyed narrowly wide, wasted a glorious chance to pull one back when failing to get the better of Jan Oblak with an hour on the clock.

Joao Felix and Barca substitute Ansu Fati exchanged shots on target at either end in the latter stages but no further goals arrived in the Spanish capital, potentially bringing down the curtain on Koeman's short-lived tenure.

Koeman on the brink

Despite being given the public backing of Joan Laporta on Saturday, widespread reports from Spain suggest this could well have been Koeman's final match in charge of Barca.

The ex-Netherlands boss may have had to work with one hand tied behind his back this term, but not even he can justify his side's shambolic defending – and toothless attacking display – once again here.

While Barca have a fortnight to stew on this defeat, Atleti's title hopes have been revived thanks to their first successive home league wins in this fixture since a run of three victories between March 2008 and February 2010.

Atleti striker Suarez said this week he feels "hurt" by Barcelona's plight but he showed no remorse in a brutal first-half display that saw him assist one and score another.

With that brilliantly taken goal, the Uruguay international has now netted against all 31 opponents he has faced in La Liga, scoring 172 goals in total.

On a day when Suarez played a part in two goals and Atleti kept Barca loanee Antoine Griezmann on the bench until the 72nd minute, the visitors were left to bemoan a lack of options in their own attacking ranks.

They tested Oblak on only two occasions and Memphis Depay, who had the joint-most shots on target in LaLiga (13) before this gameweek, fired a free-kick over the bar from his only attempt of any sort.

It remains to be seen whether Koeman will still be in charge when Barcelona host Valencia on October 17.

Atleti travel to Granada on their return to action in two weeks' time.