The Navy warship Castilla began its mission to bring workers by sea to harvest banana plantations that have become inaccessible
Sanchez announces plan to lower energy bill of 40% of Spanish households
Government approves energy security plan to reduce consumption
Spain sends another plane with supplies to Ukraine
The Nomad Today/dpa
November 11, 2021 at 8:08 AM
The Nomad Today/dpa
November 11, 2021 at 8:08 AM

More than seven weeks after a major eruption on the Canary Island of La Palma, another lava flow has reached the sea.

The molten rock, which has a temperature of around 1,000 degrees Celcius, poured in red hot cascades onto the beach at Guirres and from there pushed into the Atlantic Ocean, images on state TV station RTVE showed on Wednesday. 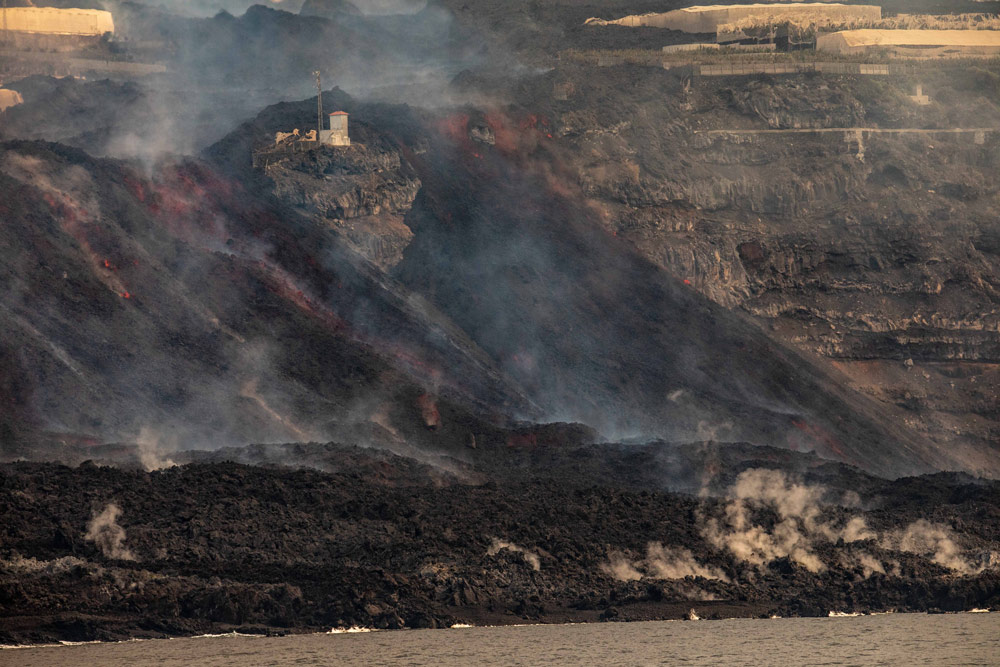 A much larger flow of lava reached the sea at the end of September and has since formed a new peninsula that already has an area of more than 40 hectares.

Meanwhile, the Spanish Navy warship Castilla began its mission to bring workers by sea to harvest banana plantations that have become inaccessible by normal routes because of the lava.

About 80 workers per day could be brought to their workplaces this way, RTVE reported.

After volcanologists registered a slight decrease in seismic activity under the volcano in recent days, the activity appears to have picked up again. 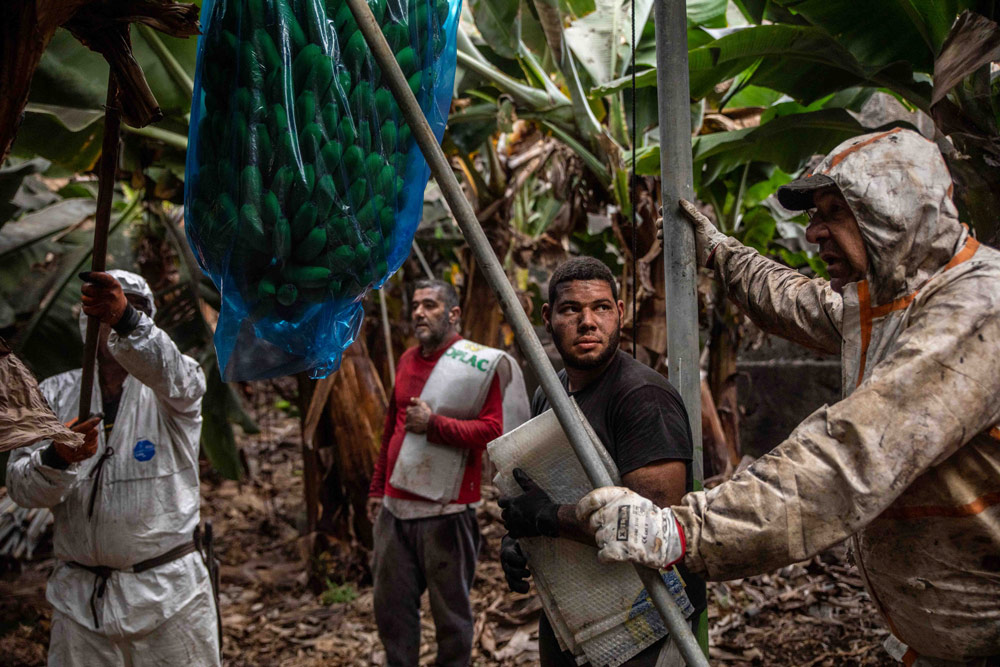 Workers collect banana trees on a farm, which are covered with ash. Photo: Kike Rincón/dpa.

From Tuesday to Wednesday morning, 113 quakes with a magnitude of up to 3.9 were recorded at a depth of around 30 kilometres.

At the same time, the amount of sulphur dioxide emitted by the still unnamed volcano in Cumbre Vieja has increased.

Since the beginning of the volcanic eruption, the lava has destroyed or damaged more than 2,700 buildings, and around 7,000 people have had to leave their homes.

Almost 1,000 hectares have been covered with a layer of cooled lava several metres thick. This corresponds to about 1,400 football fields.