The population decrease affects both people of Spanish nationality and foreigners, although it was a little more accentuated among the latter
Death toll climbs to 23 after migrants try to storm Melilla en masse
Rights group: Morocco used force against migrants storming Melilla
Reports: 18 immigrants die in storming of Spanish border in Morocco
The Nomad Today
December 17, 2021 at 9:22 AM
The Nomad Today
December 17, 2021 at 9:22 AM

The resident population in Spain decreased by 72,007 people in the first half of 2021. On July 1, the country had 47,326,687 inhabitants, 0.06% less than the previous year the same date, according to the latest figures released by the Spanish statistical office (INE).

The statistical agency explains that the causes of this decline must be found in two factors: on the one hand, the low number of births, and on the other, the net migratory loss.

The population decrease registered in the first half of 2021 affected both people of Spanish nationality and foreigners, although it was a little more accentuated among the latter.

The good news is that the number of foreigners did not decrease because they left. Quite the opposite. This decrease responded, in its entirety, to the granting of Spanish nationality (which benefited 68,282 people, according to provisional data).

In the case of Spaniards born in Spain, the population fell by 81,367 people throughout the first half of 2021. 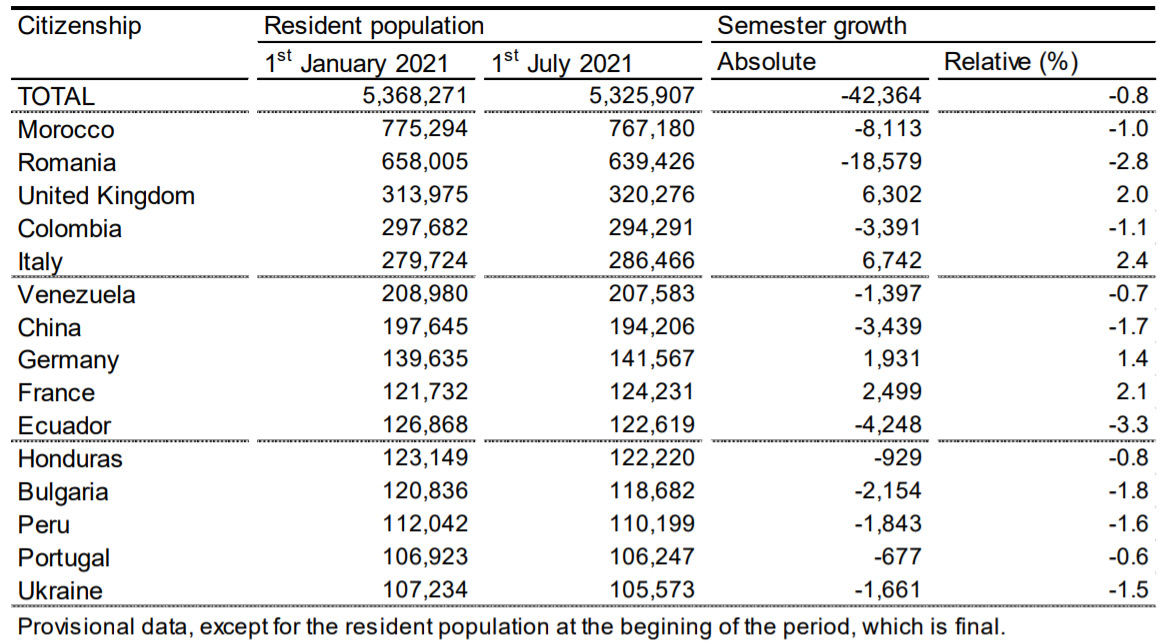 Among the main nationalities, the greatest population decreases occurred among the Romanian population (18,579 fewer people), Moroccan (8,113 fewer) and Ecuadorian (4,248 fewer).

The most
Spanish population decrease due to fewer births, net migration loss
Comments