Inflation in Spain registers highest rate in 30 years in December

The annual rate of the Consumer Price Index (CPI) rose again in the last month of 2021, reaching 6.7%
Spain's 2023 budget passes first reading in Parliament
Spain industrial output grows slightly amid economic uncertainty
Spain lowers VAT on menstrual hygiene products, condoms from 10% to 4%
The Nomad Today
December 30, 2021 at 10:47 AM
The Nomad Today
December 30, 2021 at 10:47 AM

Prices in Spain continue to skyrocket. That means in practice that families can buy less with their wages and savings, because the money they have is worth less. 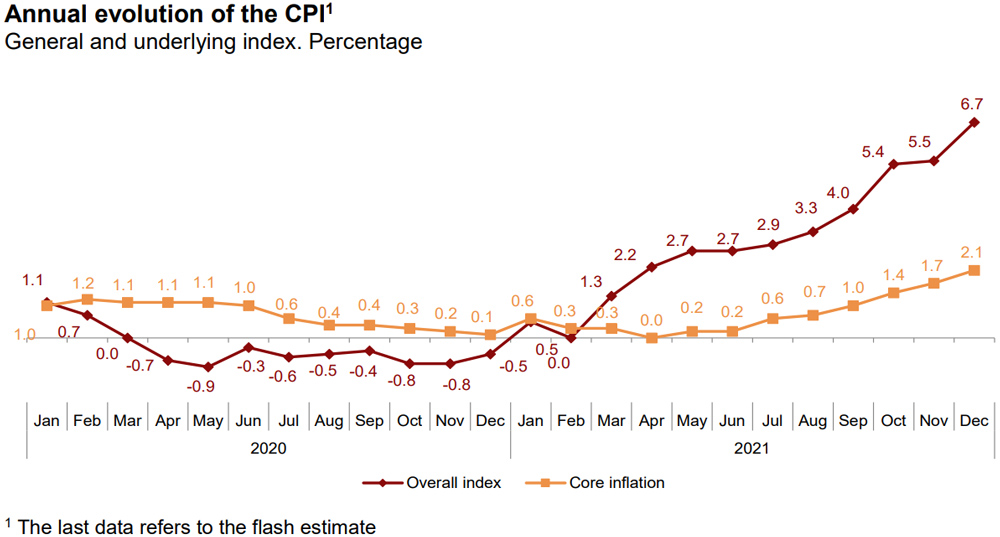 This is the flash estimate published at the end of the year by the National Institute of Statistics (INE). "If confirmed, it would mean an increase of more than one point in its annual rate, since in November this variation it was 5.5%," explains the statistical office in a press release.

According to the INE, in this evolution the annual rise in the price of electricity stands out, which is much higher this month than in December 2020.

The statistical office also notes, although in the opposite direction, the drop in the prices of fuels and lubricants for personal vehicles, which increased in 2020.