Spain's industrial production grew at a slower pace in August, data released by the statistical office INE showed on Wednesday.

Industrial output rose 1.8% year-on-year in August, slower than the 3.3% increase logged in July.

Economists had forecast an annual growth of 3.5%.

On an unadjusted basis, industrial production was up 3.6% versus a 0.4% rise in the prior month.

Among five sectors, production of intermediate goods expanded by an adjusted 5.1% and consumer goods by 3.8%. 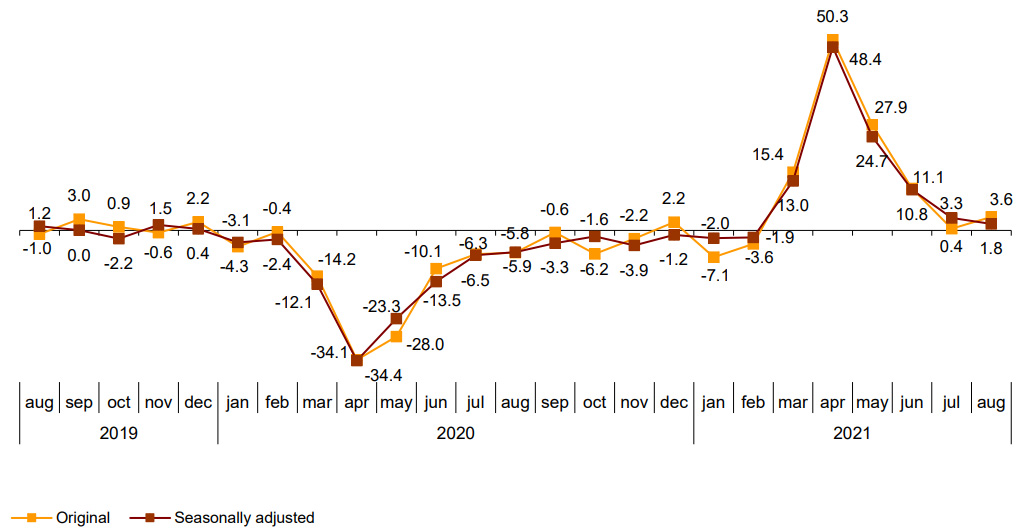 Meanwhile, energy production was down 3.6%.

This was the third consecutive decrease in output.