Only 21% of Spanish entrepreneurs have pessimistic expectations

Confidence is higher among SMEs than among large enterprises

Eurozone inflation rate climbs to highest point ever at 4.9%
Inflation in Spain set new record due to rising food and fuel prices
More than 1,000 Spanish gas stations to offer electric car charging
Spain offers €500 million in bonuses for digitalization of SMEs
The Nomad Today
October 15, 2021 at 10:35 AM
The Nomad Today
October 15, 2021 at 10:35 AM

Spanish entrepreneurs face the fourth quarter of the year with greater confidence.

In fact, only one in five believes that their situation will get worse at the end of the year. This could be a lot in another context, but the interpretation of the figures is different coming from a pandemic that imposed restrictions or directly forced the closure of many activities.

The latest business confidence indicators (BCI) produced by the Spain's National Statistical Institute (INE) show that optimism has increased by 1.1% among business managers in this fourth quarter compared to the previous one.

This is a moderate hike, actually the smallest since Q3 2020, but it comes at a significant time, with the end of summer and the tourist season. 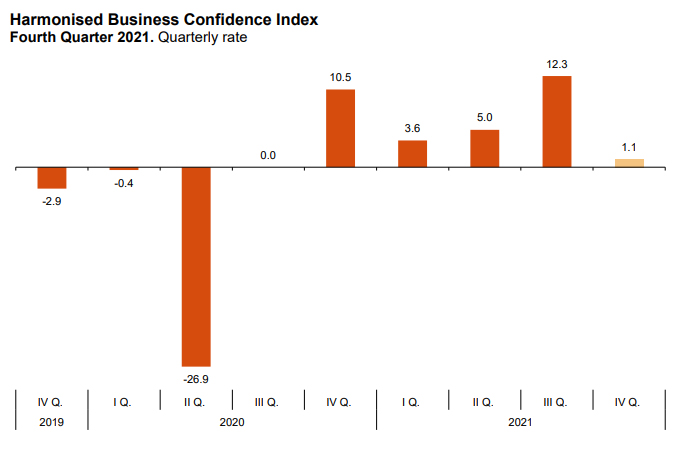 The decrease in Covid-19 infections, the gradual lifting of restrictions and the reopening of society and businesses have influenced this improvement in expectations.

The fourth quarter coincides with the beginning of the winter season, but has several key dates for businesses such as the Christmas and Black Friday sales campaigns.

According to INE's figures, 18.9% of those responsible for commercial establishments consider that the performance of their business during the fourth quarter of 2021 would be favorable, while 21.5% believe that it would be unfavorable.

The remaining 59.6% thought it would be normal.

The INE has analyzed the situation in five economic sectors and says that in four of them confidence increases compared with the previous quarter. 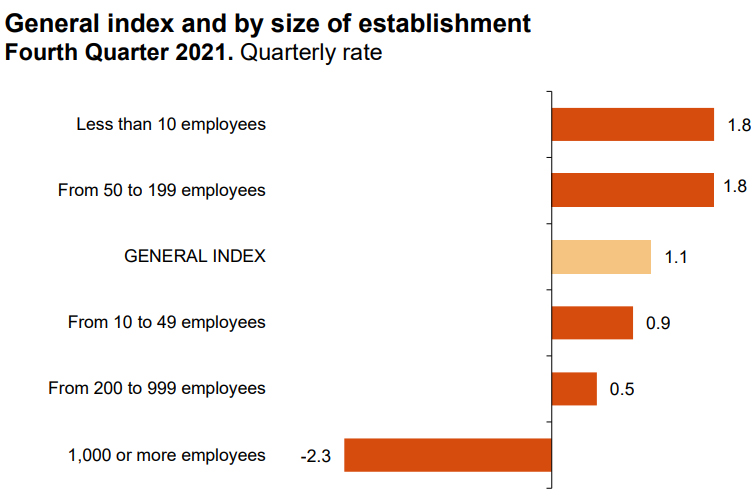 On the other hand, Industry (−0.7%) registered the only decrease.

Confidence increased more among SMEs than among large enterprises.